Consider if fire protection features have been removed or deactivated

Consider if fire protection features have been removed or deactivated

While a property is undergoing building work, active or passive fire protection features may have been removed or deactivated, including the means of detection and raising the alarm. This could have an impact on the activation of sprinkler systems, extraction systems, other suppression systems, fire doors, shutters and other measures.

The consequences of any deactivation of a system should be considered, particularly when complex fire engineering is installed. Refer to National Operational Guidance: Fires in buildings for further information.

With the deactivation of detection zones it is possible for the fire alarm panel to give a false indication of the seat of fire. This is because the fire or smoke may travel from an isolated zone to a live zone before being detected. The same may be true where covers are placed over detectors to prevent dust or contaminants causing activation. 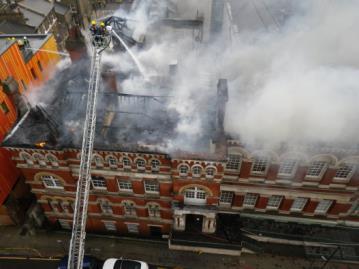 Figure 16: Fire in Walworth Town Hall, London, thought to have been started during building work to repair the roof - photograph courtesy of London Fire Brigade