Fires in timber buildings under construction

Fires in timber buildings under construction

Through advances in technology and engineering, timber buildings are becoming more common. Rather than the traditional timber post and beam frame, they now use many different types of construction. The BRE knowledge sheets contain information on this type of construction method.

Timber buildings may include:

Timber construction is sometimes used when extending buildings that were constructed using more traditional methods. They may be extended at ground level or as an additional structure on the top of an existing building. 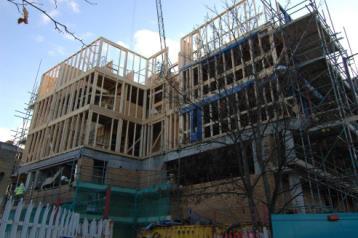 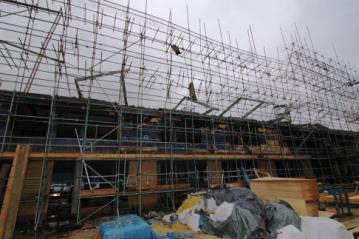 Figure 8: The same building following a fire in the timber frame extension - photograph courtesy of the Building Research Establishment

Previous incidents, such as a new development of flats in Colindale, North London in 2006 (image below) prove that the physical principles and phenomena of fire are fairly consistent and not restricted by size. 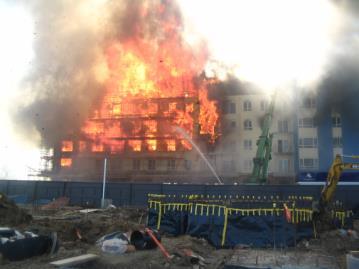 The speed of combustion may result in a rapid and sudden collapse, not just from timber burning through, but also at the points where different structures are joined. This can be due to the fixings themselves or because the timber in the area of the fixing has burned away. The heat generated means that other structural members may collapse, along with any scaffolding or temporary supports.

The collapse of a timber building may also impact on scaffolding, other temporary structures, and plant and machinery, such as cranes and lifts.

There may be a temporary external means of escape for a timber building, provided for use until the permanent means of escape is completed, but this may become quickly compromised in a fire.

Building regulations provide guidelines for separating distances between existing properties and newly constructed timber buildings. However, the radiated heat or firespread may affect adjacent or adjoining property, vehicles, street furniture and road surfaces. Large volumes of flying embers (firebrands) may travel some distance from the initial incident, resulting in spot fires. For further information refer to the hazard of 'External firespread' in National Operational Guidance: Fires in buildings.