This guidance seeks to identify the common hazards found at incidents that may be considered confined spaces or incidents that have similar operational and environmental characteristics requiring the same control measures to be applied by attending crews. It deals with the environment rather than the specific risks described in the legal definition, though some headings will be similar.

Summary of a legal definition of a confined space

A confined space must have both of the following defining features:

The specified risks are:

A confined space could be any space in which the above defining features are present.

Some confined spaces are fairly easy to identify, such as enclosures with limited openings, for example:

Others may be less obvious but can be equally dangerous, for example:

It is not possible to provide an exhaustive list of confined spaces.

It is very important to recognise that some locations that are not considered confined spaces in normal use will become, and must be treated as, confined spaces if conditions worsen during an emergency. These include: 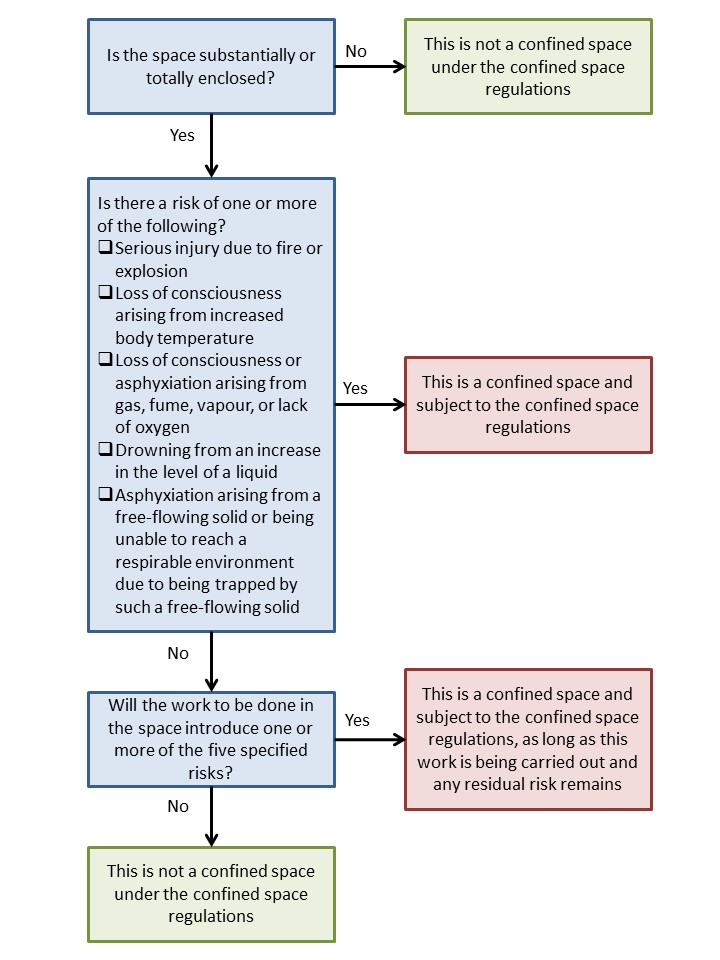 While at least one of the above five specified risks must be present or reasonably foreseeable for a space to be classified as confined, there are other associated hazards that may be encountered when working in confined spaces.