Team lookouts may work in close proximity to the fire front and it may be difficult for them to gain a full appreciation of what is happening across the whole incident ground, particularly in relation to unseen fire behaviour and spread. It is for this key reason that tactical lookouts may also be needed at wildfire incidents.

In addition to the responsibilities for safety officers as outlined in Incident command: Knowledge, skills and competence and National Operational Guidance: Incident command, tactical lookouts should also be appointed and deployed by the incident commander, operations commander and/or sector commander(s) to:

Tactical lookouts should adopt a systematic approach to monitoring and should be deployed to a good vantage point with direct sight over their assigned area. Tactical lookouts may monitor the whole incident, one or more sectors, and one or more teams, depending on the requirements of the individual incident.

Careful consideration should be given to topography when identifying suitable locations for tactical lookouts. For example, a tactical lookout positioned on top of a convex slope may be unable to see personnel working below. 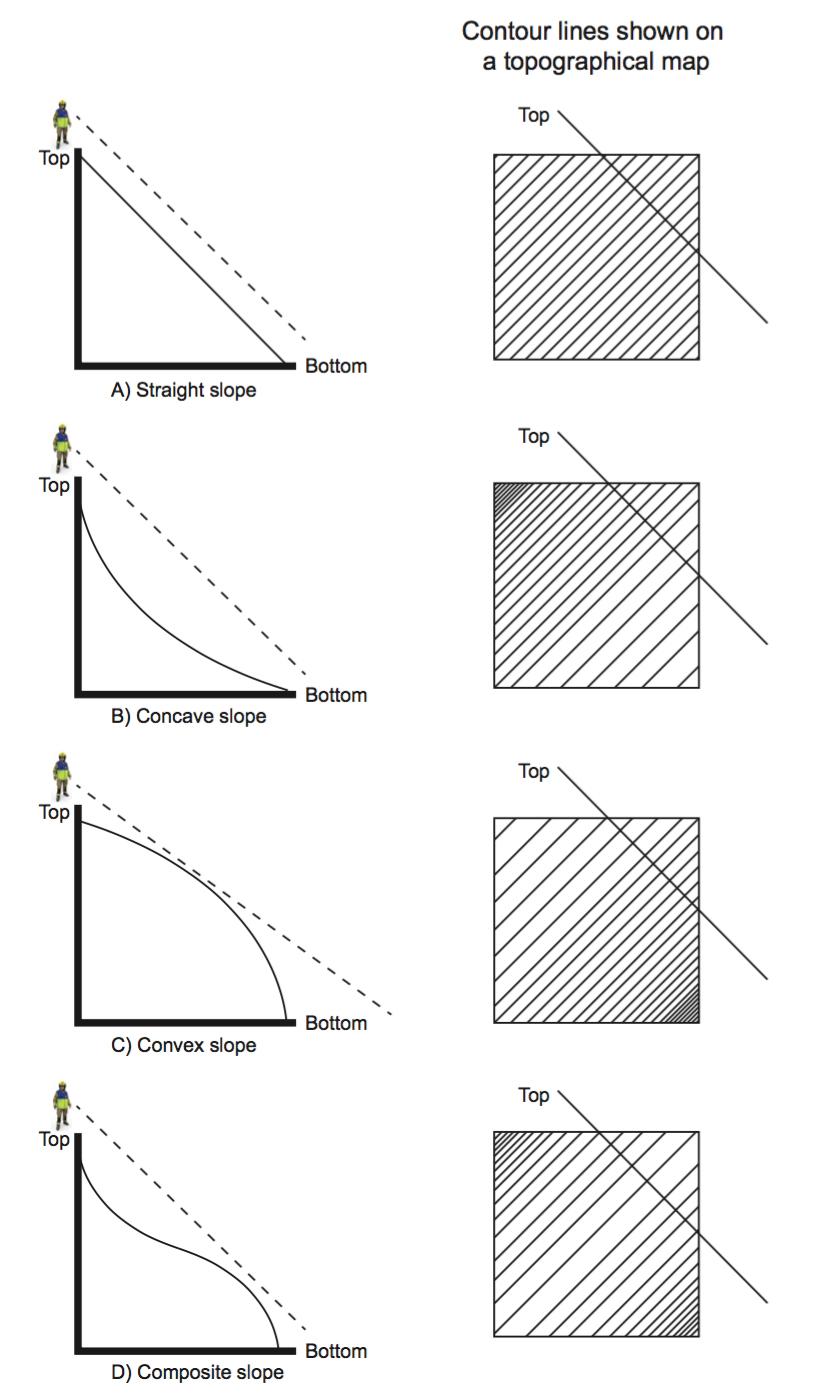 Diagrams showing how different types of slope can affect field of vision or line of sight. 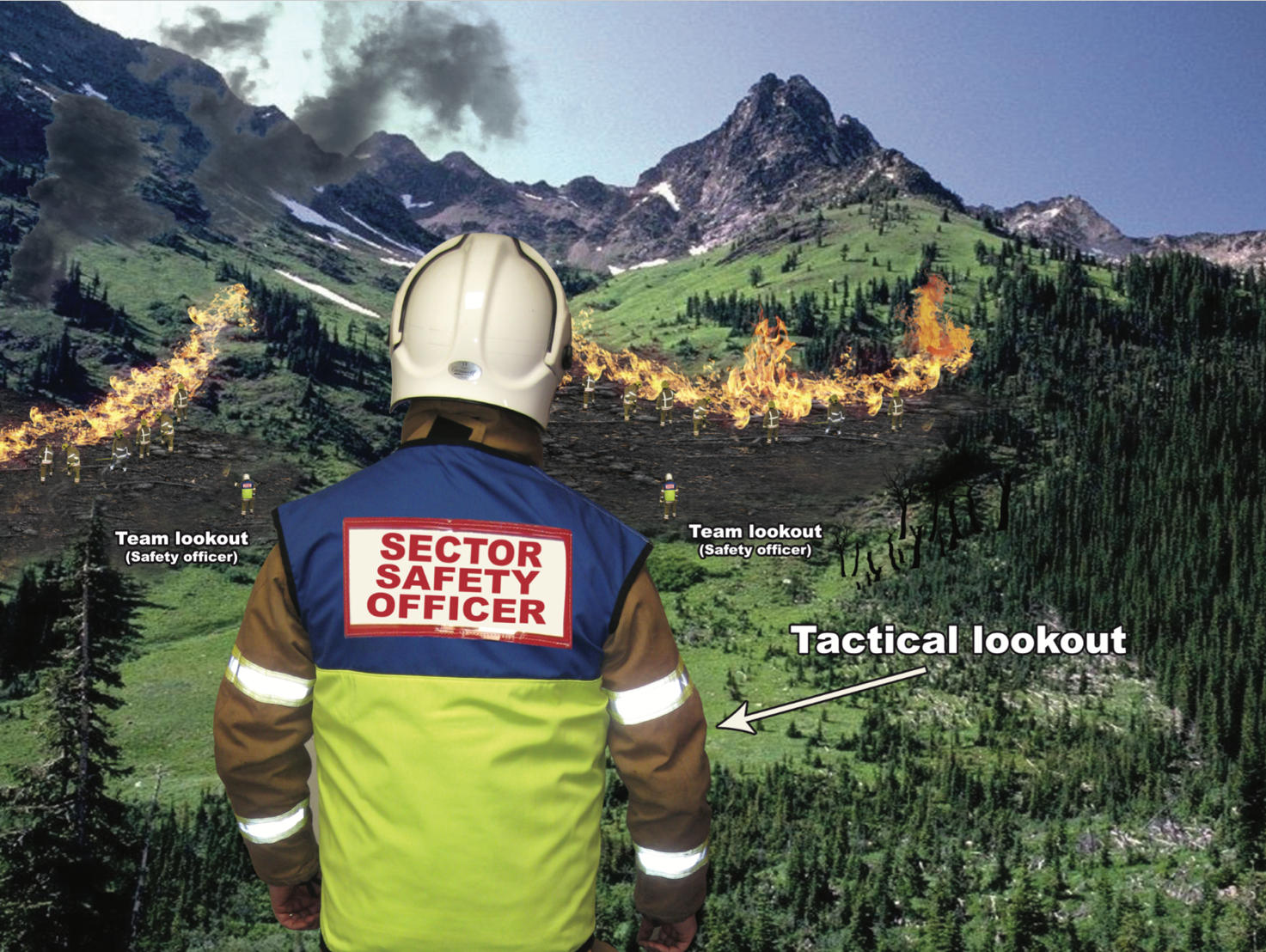